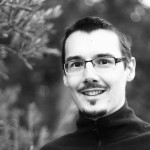 (scroll down for english version) 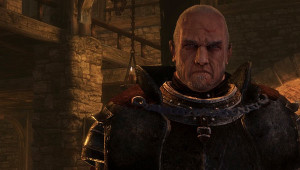 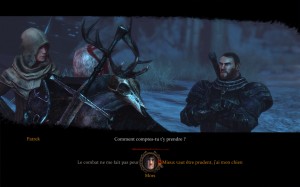 of the RPG
Game of Thrones

What made you choose to develop an RPG ? From your (excellent) Bloodbowl adaptation to a complete RPG creation with its’ world, NPCs, it’s a completely different kind of work on a different scale. And why choosing Games of Throne ? Are there other source of inspiration than George R. R. Martin’s books ?

Syl : At Cyanide we wanted to make RPGs, for a long time. Since Chaos League with its’ RPG elements, then with Loki half-way betweek RPG and hack’n slash. However building a real RPG is mainly a problem of money. It’s a very expensive genre to make, as there are many features and much content. You also need a good sized team. As soon as we had it, we started to make Game of Thrones (and Of Orcs an Men the next year).

Using the Game of Thrones IP comes from our fans of the books who are working at Cyanide. At first, our boss, Patrick Pligersdorffer who started litteraly to harrass George RR Martin 8 year ago. We were always convinced this universe would be perfect for a RPG. We also had a valid concept and George felt our passion for his universe and our respect for his work. That’s how we started it all.

There are of course many other sourcdes of inspiration. In particular Planescape Torment and Knight of the Old Republic. We were also very inspired by movies and books who are always a great source of inspiration for me for storytelling. I think especially at Gran Torino and Gladiatorfor the character of Mors Westford :)

I didn’t notice, but it’s true, the character of Mors reminds me of those movies. Had the serie an influence on the game ?

Syl : As a matter of fact, very mildly… The TV show was released when we were almost finished. We chose to sign with HBO to use some elements of the TV show who were in accordance with our vision for the licence and which didn’t make us rework the game too much. This being said, I think the few elements we used from the serie add a few good points to the game (especially the intro music and licenced characters).

First reviews on english console dedicated website gave to the game average ratings, whose I really don’t understand regarding the PC release. After, other specialized websites, like us at Dagon’s Lair or RPGFrance published far more positive reviews.
Are the sales meeting expectations ? How was the reception ?  Are there big differences on PC or console ? What was your studio’s reaction regarding the reception for the game ?
Syl : It’s too early to have detailed sales figures, but the game seems to do well. About the press reviews, it’s something which touched us much. It’s hard to work 3 years, sweating blood, without reacting regarding the comments of the journalist testing our game.  First opinions were mainstream magazines whose readers are mainstream action gamers / core gamers who play mainly on consoles. We knew GOT was a hardcore game. An « old school » RPG, and those journalists didn’t like at all some aspects of the game. In Europe, the critics were mostly better, with some good ratings. I think european gamers are more bound to the game and to its’ story than next-gen graphics.
On the player side, it’s been mostly positive and that made us feel good. Even if they didn’t like the game, we had a very good reception from RPG fans. It’s mainly for them we created this game. Respect of the licence and of the story are two strong points. Players are divided about the combat system. Some love it, some hate it…
In spite of the media coverage and the Game of Thrones renown, overhauled by the TV show, the game didn’t seem to get big marketing buzz. As a game developper, what do you think of the pre-release buzz ? Is a modest coverage better, avoiding too high expectations ? Bad reputation of games (often justified) which are book/movies adapatations isn’t a handicap ?
Syl : Communication on a game before launch is very important as you create a community. In our case, it was quite complicated as Game of Thrones community exists before, but not for the video game, only for the IP. I think however that our editor, Focus, made a very good job. Concurrence becomes more and more severe in this domain, and releasing near Diablo 3 was not easy.

In fact, nine out of ten game book/movie adaptations are awfully bad. Most of time it’s not developpers fault, but caused by timing/funding too short. We were lucky not being synchronised to the release of another product, and we had time for the game. As a matter of fact, I know as I followed players opinion when we started to communicate on the game one year ago, that many thought the game was a rushed adaptation.

Was the use of a well known IP an asset or more of a hindrance in designing the game ? You made a game with a very good narration, and also a great epic scenario, whose are one of the best I saw in more than 20 years playing computer RPGs. Thematics, as filiation, treason, intrigues are recuring elements in the books, but rarely used in video games. This story took inspiration only from Game of Thrones, or other materials were necessary ?

Syl : First, thank for the compliment, I personnally used much energy in the writing of the scenario, and it was really a hard work. There were more people working on it, and the number of people involved in the scenario was always increasing, that’s the reason why, I think, it’s that good. I’m extremely happy players enjoyed it (you’re not the only one being enthousiastic about the story).

About game design, the use of the IP is a great asset. Not only I’m a huge fan of the books, but I was also convinced this universe fits really well for a scenario oriented RPG. The main challenge was in fact the story. The challenge was set up very high, as we wanted to deliver content as close as possible to the original material written by George R.R. Martin. On the other side, the IP (thanks to the TV show) became incredibly popular the last months,  anticipation from the players exploded. Players were waiting for a million dollar game, which is far from reality, because when we started the game project, besides fans, the IP was not really known.

I think ingame narration is well implemented and cutscenes are evenly disseminated through the story. Were there discussions about narration and dialogue quantity for the game ?

Syl : About narration, we knew since we started we would like to keep two stories, told from the point of view of each of the two main characters. It’s something I love in the books, which gives great possibilities in term of writing and twists. So we knew we would keep this element. It’s been obvious the story was important and it had to go through storytelling and dialogues. Overall, the games has about 270.000 words, as a comparison, it’s about the length of the Game of Thrones first book. After having all the quests written, we re-read all the quests and we made some dialogues shorter, because they became too long as the writing developped. It was the thing to do, as we had already many dialogues and didn’t want to bury players under dialogues which were not necessary.
Combat system and skill development is especially intersting, and quite tactical, even if we can’t control many characters. The slowdon allowing to order commands is excellent. Somewhere it feels like the mythical Star Wars Knights of the Old Republic, but has its’ particular feeling and specificity. What were your goal by making this gaming system ? Were there tentation or pressures to do something more action oriented ?

Syl : About character development, being a pen & paper player, it was an important point for us, where we wanted to offer the player maximum choice to customize his character, but staying true to the game and the world.

About combat system, of course Kotor is a big reference, but we didn’t want action, as it wouldn’t fit to the Game of Thrones universe which is much in strategy and politics. We didn’t want a combat system not on par with the universel. There’s also very few fights in the original IP, and we wanted to keep those elements. We wanted our combats to last a bit longer, so they can be more strategic and more rare.

About the game design, could you make the game you had in vision, or were there big constraints regardeing timing or money ? Are there cuts you had to make ? As for the final result, are there points you are particularily proud, and which are the elements you feel could have been more worked upon ? In other words, what would you do diffenrently ?

Syl : There are always choices to make. The video game design difficulty is not finding what to implement, but what has to be cut to be able to finish the game production with a good level of polish. As we knew money and timing at the very beginning, we didn’t have bad surprise on this level. We were also greatly lucky to be free to create the game we wanted.

Personnally, I’d liked to polish combat to offer more originality in combat situation. Rythm at the beginning of the game is also something I would have appreciated to improve. Afterall, a game is never perfect, and PC interface would benefit for a little more polish.

About censorship, George R. R. Martin’s world is quite adult oriented.  Did you encounter censorship problems ? Have parts of your game to be removed to be sold in the USA (or in other countries) ?

Syl : A little bit of the ambiant scenes in the various brothels were modified. We had to remove some explicit animations for the american market. However nothing has been removed which had a real impact on the game experience.

Since the release, there’s only one small DLC (sold) adding only a weapon pack. Do you know if you will continue this way ? Will an expansion be released, other DLCs including new adventures ? A follow-up ? Anyway, we hope we’ll see you in a future RPG production.

Syl : It’s a question only our editor could answer, but I can tell you should see other DLCs will come ;)

Thanks for your time and for your excellent game :-)